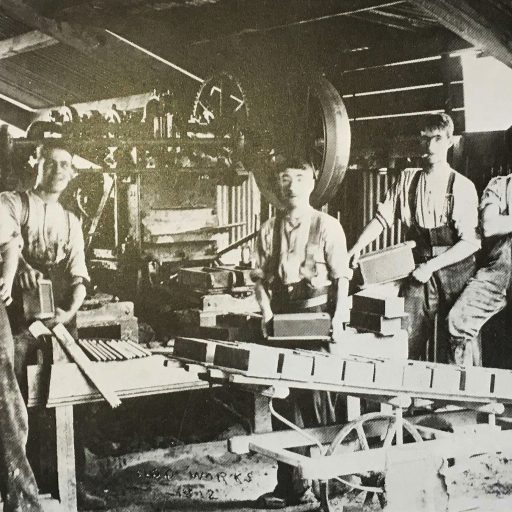 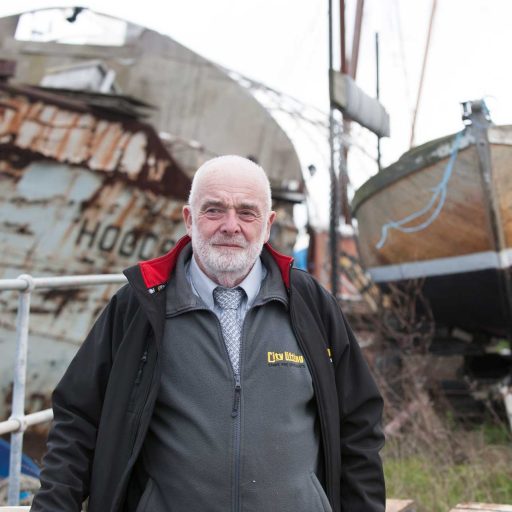 The Hoo Peninsula was an ideal location for producing and gathering building materials because of its rich natural resources of clay, gravel and chalk (which are used to make bricks and cement) and its access to the River Medway and the Thames Estuary, which made transporting materials upriver to London easy. In the C19th and C20th the brick and cement works on the peninsula were major employers of local people.

Many brickworks were once situated by the riverside in the village of Hoo St Werburgh, where the Hoo Marina Park is now. Materials needed for the production of bricks, such as chalk and lime were transported to the brickworks via barges. Brickfields once covered a wide area south of the church in Hoo. The rich clay soil was placed in a machine called a crusher to make a fine powder called brick earth.

‘The brick industry was massive in this area.  South and north of the Medway was a massive brick building industry.  South of the Medway and Sittingbourne you had Smeed Dean’s, you had…all sorts of brick makers were over there, and in Hoo the Bryce family ran a large brick concern.’

Large moulding sheds were used to make the bricks. Each brick was made by hand in a wooden mould and then other sheds were used to dry them out. The finished bricks were transported by barge up to London and beyond. The brick industry was in decline by the early C20th, although brick making continued at Hoo St Werburgh until the mid-20th century.

‘Each brick was made by hand and stamped with the name of the brickfield. Then the bricks would be stacked into a clamp; a massive stack with airways between layers of bricks and rough stuff called breeze, which was combustible ash and rubbish. The clamp could be 30 feet high and 70 feet long, filled with thousands of bricks. Each brick master had his own pattern of stacking. They would set light to it and it would burn for weeks until all the bricks had fired. The bricks right in the middle were the hottest, so they would be firebricks.  The rest were sorted into different grades for various types of building and uses.’

‘The Cambria was the last British registered sailing vessel to trade under sail alone…so she is a very iconic piece of our British maritime history’.

‘The guys would be out on the saltings…and they would load sailing barges with…clay mud which was used in the cement works. They would load 100 ton of mud in a tide by a gang of eight or nine of them…you need to throw the mud quite high, so it’s very, very hard work’.